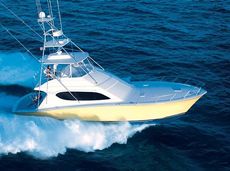 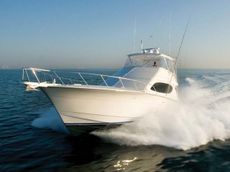 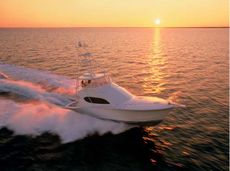 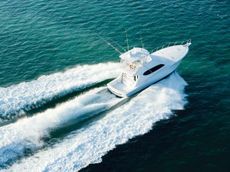 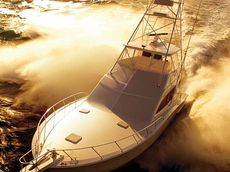 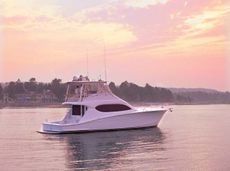 Hatteras 54 Convertible
They say that every boat represents a compromise of some sort. The Hatteras 54 Convertible proves the exception to the rule thanks to her impressive speeds, shallow draft, soft ride and extensive list of standard amenities. Featuring a 4-foot, 2-inch draft and a convex hull design that revolutionized the Hatteras fleet, the 54 provides access to shallow ports and increased performance across all rpm ranges. With 1,650-hp diesel engines, the 54 cruises a comfortable 35 knots, burning just over 100 gallons per hour. Top speeds approach 40 knots. That's optimum performance by any measure. Thanks to her sophisticated design, solid construction and creature comforts, you can indeed have it all with the 54 Convertible.

The Hatteras 54 Convertible is one of the select few boats to have borne the name Hatterascal and represented our company at fishing contests around the world � a testament to her ability to go toe-to-toe with big seas and big competition.

Fully Fishable Cockpit. The 126-square-foot cockpit features a mezzanine deck with padded seating to keep the crew comfortable and provide improved visibility of baits in the spread. Under the seat cushions lies storage for gear, bait, ice, and tackle, as well as a centerline access hatch to the engine room. An oversized transom door will accommodate the tournament winner, and an 80-inch fish box is positioned in the cockpit sole for quick access when the meat fish come calling.

Top-Notch Flybridge. A few steps up the portside ladder from the cockpit, the 150-square-foot flybridge features a pod-style helm with power-actuated console that opens and closes to keep all of your electronics well protected against saltwater intrusion and theft. Single-lever electronic controls are positioned for maximum ease of use and visibility, whether throttling up or backing down on a fish. Forward of the helm is an insulated drink box and two bench seats with rod storage beneath.

Convex Hull Shape. The 54�s hull shape features a �warped� bottom with a sharp entry forward and highly variable deadrise that becomes nearly flat at the transom. The convexity of the bow lessens wave impact and results in an incredibly smooth ride in head seas. Flatter sections aft reduce water resistance, improving handling at low speeds and increasing stability while planing. Specially designed strakes that bisect the stagnation line (the point at which the water�s surface meets the hull bottom once on plane) provide additional lift and improve tracking in all conditions. Double chines and a flared bow deflect spray out and away from the boat. There�s simply no better ride in the industry. 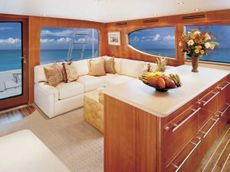 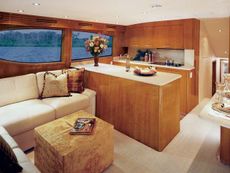 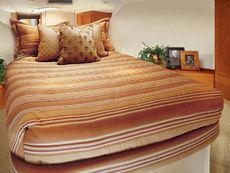 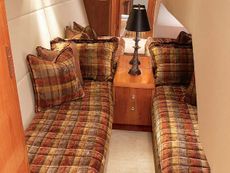 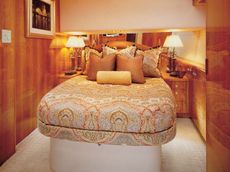 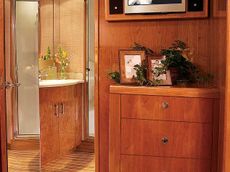